If you have seen preview gameplay of The Witcher 3, you’ll know that the game is looking amazing from a graphics standpoint and definitely one of the best prospects of 2015.

Despite that, there’s been a lot of talk on how the PS4 version will be running at 1080p and the Xbox One version at 900p based on preview builds seen so far.

As you can imagine, there has been some disappointment from Xbox One owners who could be seeing another high profile game with a lower resolution than the PS4 version.

However, CD Projekt Red have been keen to set the record straight in saying that the gameplay experience will be what matters the most. 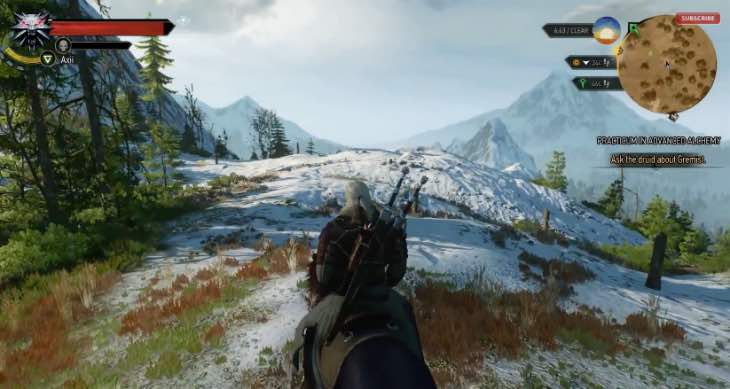 In a recent interview with GamingBolt, MichaÅ‚ KrzemiÅ„ski, Senior Art Producer for the game said that there will be little difference on the whole.

One quote in particular states: “There’s little difference between 1080p and 900p in terms of the actual experience you get. These numbers are just numbers, it’s the adventure and thrill you get from playing the game that counts.”

It’s well worth reminding everyone of that, with so much scrutiny on resolution these days. Gameplay is what will shine through, especially with a game in the mould of The Witcher.

What are your thoughts on this – do you agree that it’s useless arguing about the differences between 1080p and 900p?