We can see that the highly anticipated and planned Witcher 3 PS4 1.04 update has already gone live, fixing up a serious problem involving a certain quest and also fixing some other niggling issues in the game.

Unfortunately though, for some reason that same update is still not available on Xbox One. Specifically, users are still waiting for the Witcher 3 1.04 Xbox One update and CD Projekt Red has apologized for the delay and said that it should be out early this week.

The only reason for the fact that PS4 users have had the update and not Xbox One, is that Sony was quicker to pass the certification process than Microsoft. 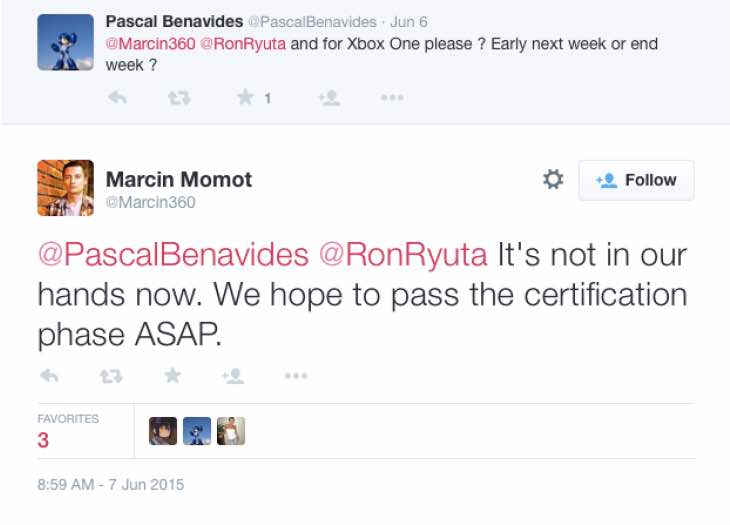 A Tweet that we’ve picked out from Community Manager Marcin Momot above confirms this, as Microsoft has been delayed in approving the update – thus making Xbox owners wait over the weekend.

Hopefully the update will be ready at some point on Monday and then Xbox One owners will get the same fixes needed that have been troubling all other versions.

As always, we’ll do our best to keep you updated with patches across the three versions as it’s clear that CD Projekt Red are bringing out new patches for The Witcher 3 as the weeks go on.

Are you frustrated as an Xbox One owner that PS4 users received the update before you did?