Having said that, CD Projekt Red has yet to issue the Witcher 3 1.03 updates on PS4 and Xbox One and we can tell you that the delay is due to the certification process.

Marcin Momot is the community lead for CD Projekt Red and he said that due to the certification by Sony and Microsoft – console patches will always take longer.

He adds that once they are ‘approved’ they will be out as soon as possible so hopefully console owners will have a new update to play with by the end of the week. 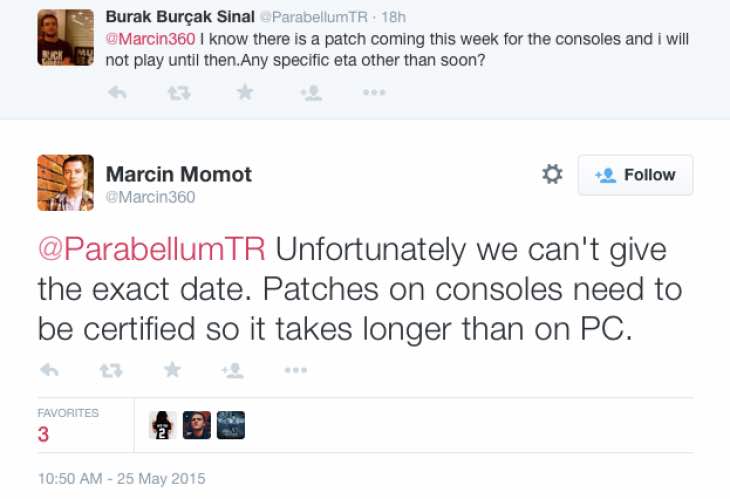 We do know that there’s some ongoing Witcher 3 PS4 problems specifically, with some users even complaining that the game suffers from corrupt saves.

There has been two PC updates for The Witcher 3 in quick succession though, so we understand why there is some frustration from console owners on when they will be getting some love.

Are you waiting for new The Witcher 3 update on PS4 or Xbox One? PC owners, find the latest The Witcher 3 1.04 patch notes here if you missed them hours ago.