We’ve already told you about two Day One patches for The Witcher 3 that went live earlier this week, but now we have confirmation that developers CD Projekt Red are already planning to release a new The Witcher 3 update for PS4 users.

That patch should end up being The Witcher 3 1.03 PS4 update if we are moving onto the next version. There has been some issues with the game since launch involving crashes, but as far as we’re aware, the next PS4 update for The Witcher 3 will target frame-rate and stuttering issues.

This has been confirmed by Marcin Momot, who is the Community Lead for CD Projekt Red. When asked on Twitter about a new update for PS4 version specifically, here’s what he said in reply. 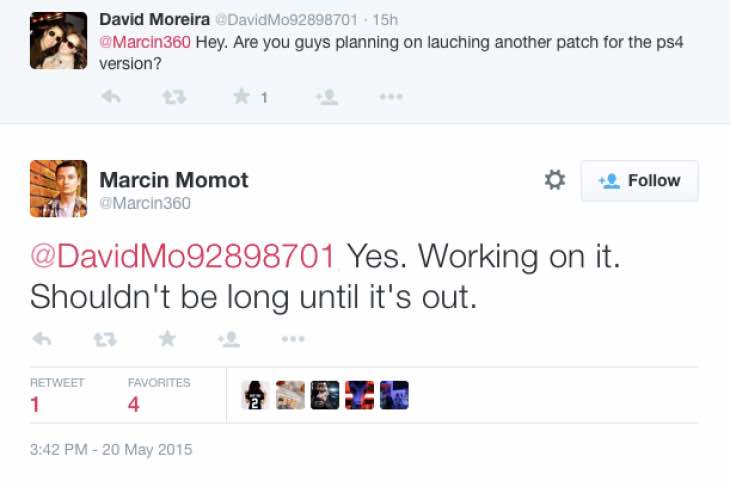 With this in mind, don’t be surprised if we see the Witcher 3 1.03 patch notes for PS4 live at some point next week, once the developers have had time to work on the initial launch issues over the weekend.

If you are having any problems with the game on PS4 since launch ,share them with us below and we’ll let you know once official details are out regarding the rollout of the next update.

Overall though, are you happy with your purchase?