The Witcher 3 is now live after a long wait. With it, we can see that two patches for the game have already gone live with The Witcher 3 1.01 and 1.02 updates for PS4 and Xbox One.

For those that are looking for the The Witcher 3 1.01 update notes, we can give you a heads-up on the changes that CD Projekt Red have made in the day one update.

We can you tell that there’s a fair amount of changes made by the developers, as the patch is 482MB on PS4 and 588MB for Xbox One owners. 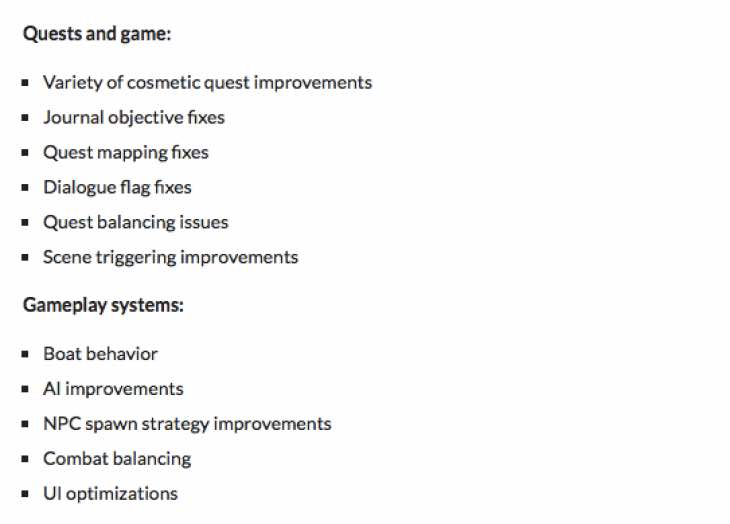 There’s also some Quest changes and other general gameplay changes, which you can see a screenshot above – courtesy of WCCFTech who have posted the full notes.

Additionally, we can also confirm that The Witcher 3 1.02 update on PS4 and Xbox One is live too. However, this is just a minor change with the notes only stating that it provides ‘Cross-country support for DLC’.

So there we have it. Let us know if you are playing the game right now and your thoughts on The Witcher 3 so far.

Are you loving it?