Attention all The Witcher fans now, as something big is happening this week with regards to the series. CD Projekt Red are teasing something involving The Witcher on Twitter and fans are speculating that it could be a new game starring Geralt.

It has been almost three long years since the amazing The Witcher 3 launched and many fans are still in love with Geralt of Rivia and anything attached to Witcher 3 lore.

Check out this Tweet though which includes a Kaer Morhen-inspired teaser, sending fans into a frenzy on what it could mean. 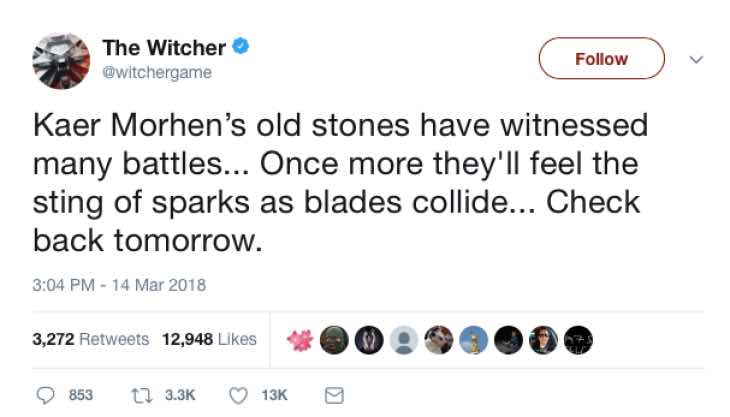 Right now, the biggest rumors point to Geralt being a playable character with Kaer Morhen as a stage in SoulCaliber 6.

However, the real enthusiasts out there are going one further in hoping for a brand new The Witcher game altogether.

What do you think it could be? We don’t think it is related to the upcoming Netflix series so keep checking the Twitter page here for the next teaser which is scheduled soon.