It looks as though all you Smurf fans are in for a real treat this summer. Not only do you have the release of the new 3D movie The Smurfs to look forward to, but Ubisoft has just announced that they are planning to develop and publish a new movie-based Smurfs game.

As Stephany Nunneley over at vg247.com reports, the Smurfs will be making their big screen debut in Columbia Pictures’ The Smurfs movie in August. The live-action and CG-animated film sees the little blue characters chased out of their village (and into the real world’s NYC) by Gargamel. 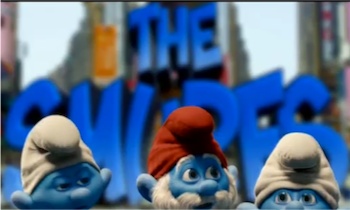 The upcoming game is due to be released with the launch of The Smurfs feature film on August 3rd. It will be available for the Nintendo Wii and DS. As Leigh Alexander at gamsutra.com recently noted, Ubisoft didn’t give indication whether or not a 3DS launch was planned.

Ubisoft’s worldwide licensing VP Christian Salomon spoke out about their upcoming project, and said that they are thrilled to be working with both Sony Pictures and Lafig Belgium on the Smurfs license. The Smurfs were originally created by Belgian cartoonist Peyo back in the 1950s.

Are you a fan of The Smurfs? If so, would you buy The Smurfs video game?