A few months ago we brought you exciting news about the upcoming release of the latest Sims life-simulation game, The Sims Medieval, which is due out in March 2011. We now have more news for you, as a “Special Limited Edition” of the game has recently been announced.

According to a recent article by Randy Nelson over at joystiq.com, the new “Special Limited Edition” of The Sims Medieval game — which will be available for the PC and Mac – will features three exclusive themed throne rooms including “Dark Magic,” Princess” and “Barbarian.” 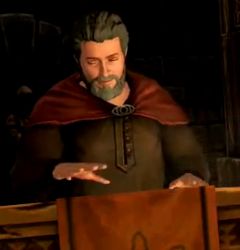 Those who purchase the “Limited Edition” will also receive two brand new outfits with some royal clothes and executioner’s gear. As reported by EA over at businesswire.com, the Monarch set features a royally decked out King and Queen and the Executioner’s set features a leather apron and black hood.

You can read more about The Sims Medieval game and pre-order the “Special Limited Edition” via the official website at ea.com. Do you like the sound of this game? If so, will you be pre-ordering it?