Back in August of last year we brought our readers exciting news about the upcoming March release of the next installment in The Sims franchise, The Sims Medieval. Then last month, I brought you an article detailing the “Special Limited Edition” of the upcoming PC / Mac title.

We now have more great news for all you Sims fans out there, as Electronic Arts has just released some new screenshots and a brand new trailer for The Sims Medieval. The upcoming game allows players to build and control a medieval kingdom, create heroes, and venture on many different quests. 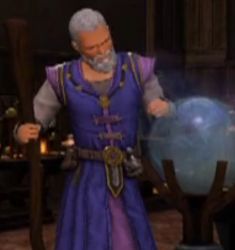 According to blondie0617 over at gamershell.com, gamers can choose to play as many different characters in The Sims Medieval, including Knights, Wizards, Kings and Queens. The game provides various storytelling possibilities in the form of quests, and each quest plays out differently depending on which character you are playing.

There are quite a few screenshots available for The Sims Medieval game now, which you can view via the gamershell.com link here. In the meantime, if you want to watch the recently-released trailer, head on over to the official website at ea.com/the-sims-medieval.

Are you a fan of The Sims franchise? Will you be buying The Sims Medieval game?