If you own an Apple iPad and you enjoy playing hidden object games, then I think we have some information that could well be of interest to you. Casual game publisher Big Fish Games has just released The Serpent of Isis, a brand new hidden object game for iPad users.

As Jon Jordan over on the pocketgamer.co.uk website recently reported, the recently released iPad application has players on the trail of the legendary artwork, The Serpent of Isis, which was unfortunately stolen at the grand opening of the Egypt Museum in Cairo.

In The Serpent of Isis game, which starts out a little bit like the Nintendo DS title Professor Layton and Pandora’s Box, players receive a mysterious letter that results in them jumping on board the Mont Palu Express train in order to find out more and try to solve the mystery. 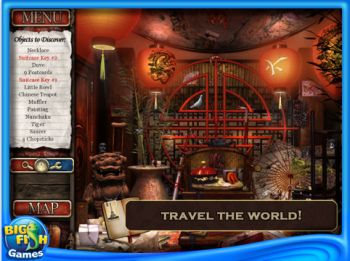 The game provides players with the opportunity to do hidden object stuff in locations such as London, Bucharest, Vienna and Paris, as they make their way through 10 chapters and more than 20 different mini-games. The game can be played in timed mode or relaxed mode.