The future of motoring could be the self-driving vehicle taking the stress out of sitting in traffic jams and remaining attentive at all times as the Rinspeed XchangE concept gives us the opportunity to see how relaxing this could be, especially on those long journeys.

Just imagine lying back catching up on movies and messages while your vehicle takes the stress out of things like daily commutes, where you can push your steering wheel aside and forget about the journey ahead. This is where a report on Forbes highlights the Swiss design firm Rinspeed and their XchangE concept car, which will be debuting at the Geneva Motor Show.

With everything from recliners and a wide-screen TV this also has an Italian espresso maker in the centre console, and although vehicles like this may not emerge on the market in the near future, we can envision self-driving cars will eventually become a worthy invention. Additionally, it seems other self-drive manufacturers are hoping they will surface before the end of the decade.

According to reports, the XchangeE is actually a modified Tesla Model S electric car, although the interior is the unique part of this vehicle, which has been modelled on a business-class cabin like that found on a plane with things like reclining front seats and folding foot rests.

We recently discussed the Tesla Model S and the criticism that has come with it, as this car is regarded as one of the most-important vehicles with its electric capabilities, although we also mentioned that there are a few haters that are not overly impressed with the change. 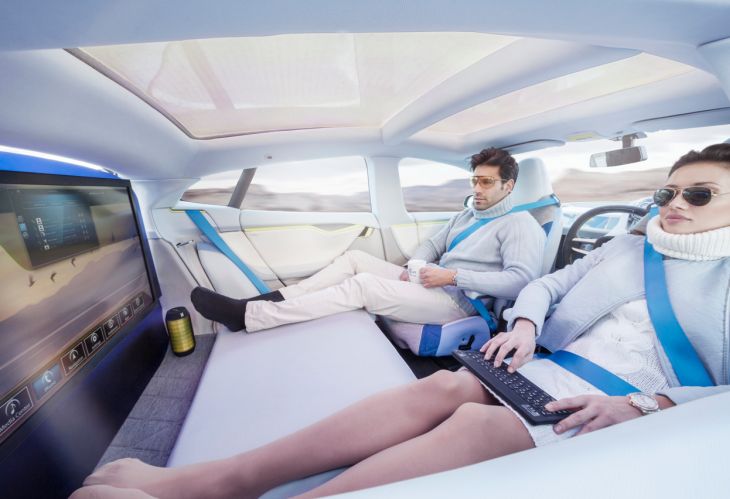 As we talked about certain issues it seems that those who are not in favour will be picking the faults out as a major problem, but we seem to forget the kind of setbacks found with cars over the years. The Rinspeed was also mentioned as a future model, but we couldn’t help notice that it is not the same as the current Tesla Model S.

Either way we are excited about the Rinspeed XchangE debuting at this week’s Geneva Motor Show, which runs from 6th-16th March. Therefore, we expect to hear more about this during the course of the event.