The Pokemon video game series has been going for many years now, and are enjoyed by both children and adults alike. Although many will agree that the series is fine the way it is, others seem to think that there are changes or improvements to be made.

An article by Paige McBeth over at wildgunmen.com provides us with a list of the top 10 things that either need changing or improving to make the Pokemon series even better than it already is. Number 10 on the list is to maybe make the Pokemon less childish-looking.

Some of the newer Pokemon characters may look cute, but that means they don’t look powerful enough to kick serious a**. Another possible change is to have longer routes to the towns and cities, which would give you more time to level up your Pokemon. 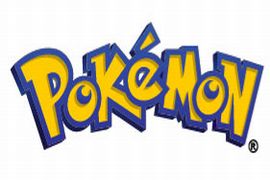 Maybe some character customization would be a welcome change as well. Would you like to be able to customize the looks of the trainer you play? Number 2 on the list is a possible plot change. While this author says the games are still entertaining, a plot change could be good.

Right at the top of the list at number 1 is the addition of a Massively Multiplayer Online Role Playing Game (MMORPG) to the Pokemon series. What do you think of the idea of a Pokemon MMORPG game? If they had one, would you play it? You can read the full list via wildgunmen.com.