2K has revealed the new WWE 2K16 roster for Week 5 and it was full of legends from the infamous WWE Attitude Era. Looking ahead though, the slots are running out and we have a feeling that next week’s reveal will finally see The New Day in WWE 2K16 which is what thousands of fans are looking forward to.

After all, these are the current WWE Tag Team champions and arguably the reason why many viewers are tuning into WWE on TV at the moment. 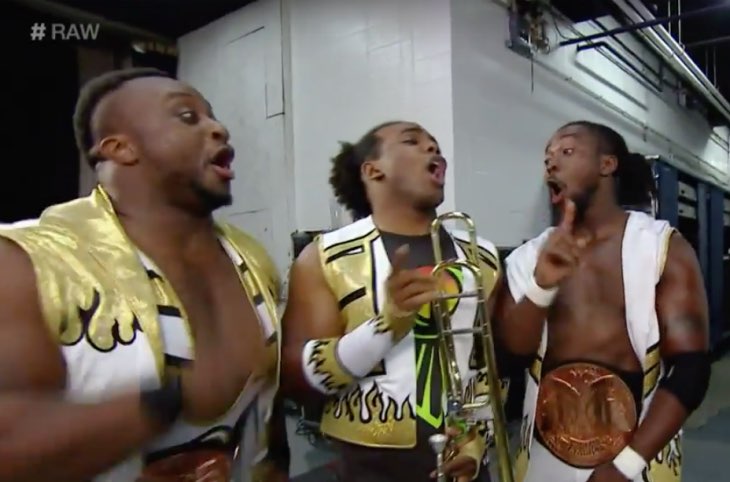 We know that many of you want to see The New Day WWE 2K16 entrance video and see if 2K will be able to include Xavier Woods playing the Trombone (yes trombone, not trumpet) during matches.

After all, it’s all about replicating that realism and if 2K can develop a series of trombone scenes for 2K16 then it is going to make the whole experience a lot better in our opinion.

The New Day are one of the best tag teams in WWE right now and fans are expecting big things once WWE 2K16 ships.

Are you looking forward to their confirmation very soon? Don’t forget to follow Xavier Woods on Twitter and check out his personal brilliant YouTube gaming channel called UpUpDownDown.