If you liked the look of the new 3DS Zelda game that is due out this year, you’ll be pleased to hear that we have some brand new gameplay for you to check out. Not only that, but we now know that the game will be officially called The Legend of Zelda: A Link Between Worlds, with the game taking place in the same world as the original SNES classic A Link to the Past.

You may have seen the game featured during Nintendo’s Direct broadcasts at E3 2013, but now we have some much better gameplay for you to enjoy. A Link Between Worlds was in playable form at a recent Nintendo event in London and we now have some off-screen footage for you to check out which previously hasn’t been seen.

The game is already being hyped up as something special and will almost certainly become a game that will shift thousands more Nintendo 3DS hardware units for Nintendo alone. Being set in the same world as A Link to the Past certainly helps, while Nintendo has already confirmed the original music, as well as a return for the Dark World as well. 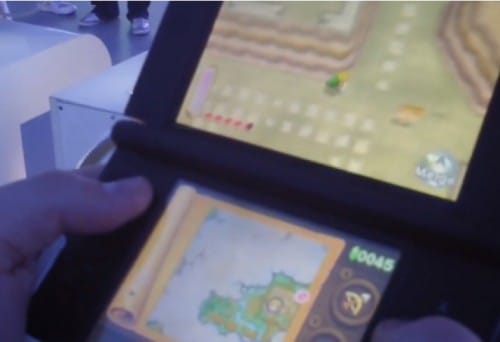 The video you see above courtesy of Nintendo Life shows somebody playing the game at the event, and shows a very familiar setting – just like the SNES classic all those years ago. Gameplay is largely the same format, although Nintendo has already confirmed that there will be brand new locations to discover, as well as all of the old locations.

At one point in the clip, you’ll see the traditional method of finding extra goodies behind walls in which Link can blow up using his bomb supply. Don’t forget that Link will now be able to stick to walls as well, making hidden item exploration a lot more interesting and potentially more challenging than the SNES original.

This game looks better each time we see it and so far, our mood has not changed. Is this a day one purchase for you? Tell us below if you are seriously considering buying a 3DS just to play this game. We wouldn’t blame you.

The Legend of Zelda: A Link Between Worlds