If you live in the United States or Europe and were hoping to get your hands on a copy of The Last Story, then I think we have some rather disappointing news for you. It appears that the upcoming RPG title won’t be released outside of Japan — not at this stage anyway!!

According to Matthew Reynolds over at digitalspy.co.uk (sourced from vg247.com), Nintendo has just announced that it has no current plans to release The Last Story in North America or Europe. Japanese gamers on the other hand will receive the Nintendo Wii game on January 27th. 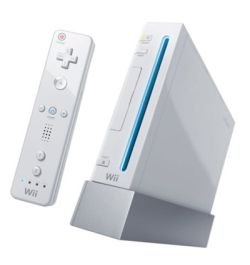 Both Nintendo and the developer, Mistwalker, have put together a brand new trailer for the upcoming game, which according to Jorge B at cubed3.com shows off various battle scenes, boss fights, town exploration and even a few of the impressive CGI sequences.

It also gives us a quick glimpse of the online play and character customization. I know the game is not being released outside of Japan, but you might still want to check the trailer out. Are you disappointed that the game won’t be arriving in Europe and North America?