The Fight: Lights Out has only been out for about a month now, and we’re already hearing news of an update and an upcoming DLC pack. The new patch is said to resolve a few small issues that were reported by players, and features the ability to make your character transparent.

According to John McLaughlin over at blog.eu.playstation.com, players will be able to download the new patch for The Fight: Lights Out the next time they load their game up. As for the new Duke DLC pack, that won’t be arriving on the PlayStation Store until December 15th. 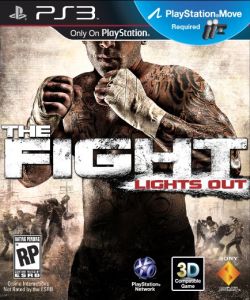 The new DLC allows players to use all of the boss characters — as well as the main character Duke — in both online and offline multiplayer modes. The great thing about The Fight: Lights Out is that it puts all your moves into the game directly, giving you an unprecedented level of freedom.

You can also find a couple of training videos over at blog.eu.playstation.com, which provide you with a few hints and tips on how to play the game correctly. Have you played The Fight: Lights Out yet? If you have, what exactly do you think of it and will you be buying the DLC pack?