Bethesda know too well that fans are drooling over the idea of playing Skyrim on PS4 and Xbox One with updated graphics and with some of the best mods built in that featured on the PC version.

At the same time, there is also growing speculation that we could be close to an Elder Scrolls 6 announcement – after all it will be coming up to five years this year since Skyrim launched back in 2011.

Despite Skyrim being dated, there’s still no slowdown in the fierce demands that fans still have for Bethesda to remaster the game. Take a look at some of the feedback we picked out on Twitter within the last 24 hours. 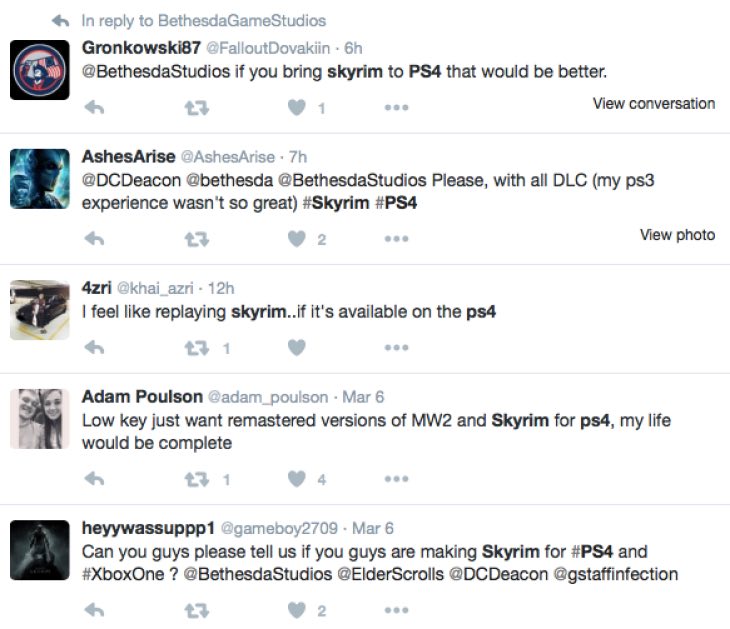 As you can see everyone wants a Skyrim release date on PS4 and given that the game already looked fantastic, it would be a mouth-watering prospect to see how better the game can look on PS4 visuals and with Bethesda’s extra tools for a re-release.

Is it too early to think about seeing Skyrim on PS4 in 2016 though? We say that, as we have to be close to an Elder Scrolls 6 announcement and this may come in conjunction with Skyrim HD at one of the big trade shows this year. 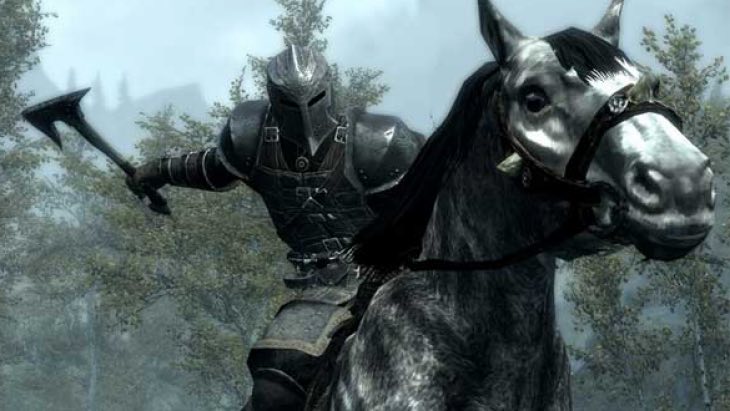 Do you agree that a Skyrim PS4 and Xbox One remaster could land this year, followed by The Elder Scrolls 6 afterwards? The demand is clearly still there and we can only assume that Bethesda is hard at work on the game after finishing up on core Fallout 4 content.

What ideas would you have for a Skyrim next-gen release date in 2016 and also new features that you want to see for The Elder Scrolls 6?