There’s mixed reactions to how Tom Clancy’s The Division started since launch with a number of error codes appearing for certain players on Xbox One, PC and PS4. The Division delta error code tops the list within reports, but other error problems users want to know how to fix include MIKE, and Romeo Error Codes.

It’s no secret Ubisoft Support received many reports within tweets explaining players are having problems with the division servers, and getting the “delta” error on PS4 or Xbox, but what do these codes mean and what would you do about them? 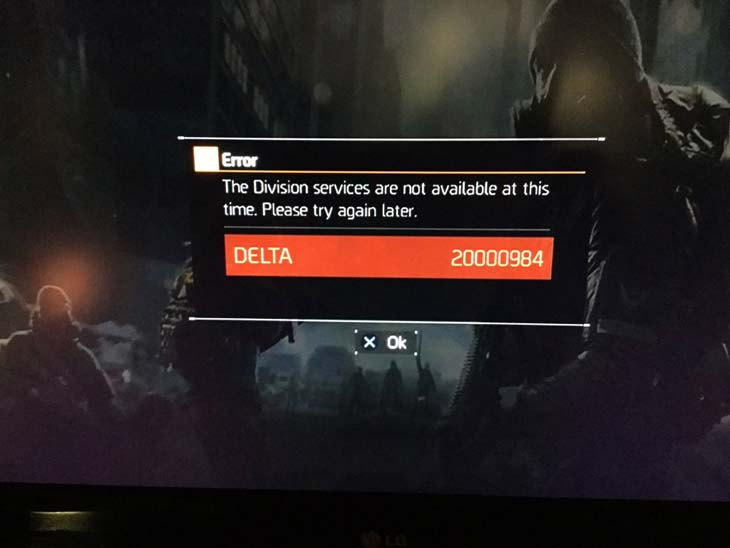 One Product Reviews reader said, “I just got a delta error in the Dark Zone, after a lot of lag” Another asks, “How do you fix Delta, MIKE, and Romeo error codes. I get all different numbers and in different parts of the game”.

It’s fair to say that millions of players taking to the game at launch caused servers to reach capacity fast and uPlay outages. Some of the codes early on could relate to this, but we are seeing certain errors still persisting.

Just wait when it’s a server side error – In most cases you can just wait a little while and try again later, which almost always fixes most errors if they are server side. There’s not much you can do about these.

Problems your end – Some The Division codes can be fixed yourself like Delta 20010186 that indicates something is up your end. In most cases this is something blocking your game from reaching Tom Clancy servers, as such you might need to adjust your IP blocker or VPN, contact your ISP, or maybe even restart your router. In more complicated situations, you might need to allow Ubisoft servers through your firewall.

Have you been getting error codes with The Division and if so, what ones?