We have a quick heads-up for all The Division players now, as if you didn’t know Ubisoft are going to be hosting a special The Division 1.2 gameplay live stream today, May 10 showing off a preview of the upcoming content.

We already told you earlier this week that the new update is out on May 24, but Ubisoft wants to give you a sneaky peek look at the update before then which is obviously great news.

For those asking what time The Division live stream starts today, it is 10am Pacific Time on May 19. That means 1pm Eastern Time and 6PM for those tuning in from the UK. 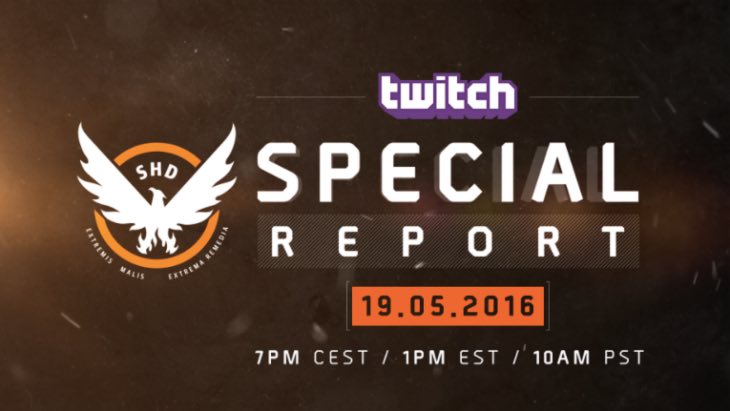 Expect the developers to go into finer detail on new features coming in the Conflict update and also show off plenty of unseen gameplay as well to get you prepared for Tuesday.

Will you be tuning into the event? You can watch the live stream directly below this article as we’ve included the Twitch player below.