We have a quick heads-up for all The Division players now, as in a matter of hours many of you will be moaning that The Division is down for maintenance on March 22.

It’s for good reason though. Ubisoft has sent out advanced warning that The Division server maintenance will be in preparation for a big update.

Even better as we can already give you The Division 1.02 patch notes or 1.0.2 offering a full list of new changes compared to the current version.

To make it more convenient, we’ve added the entire The Division 1.02 update notes which includes changes for PS4, Xbox One and PC platforms. 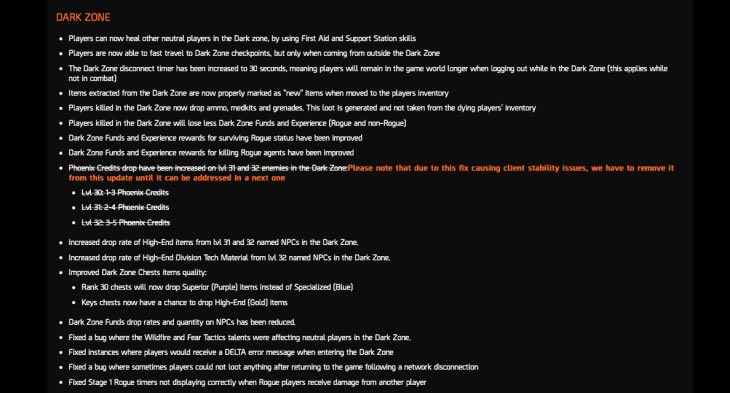 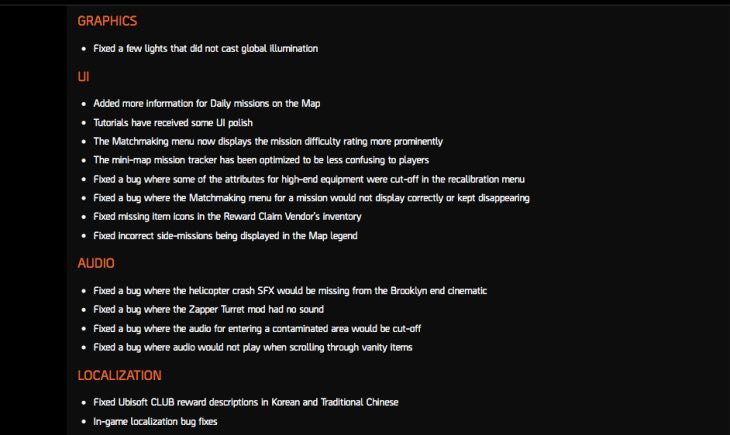 As you can see the update is split up into different sections such as general gameplay changes, new features for Dark Zone, graphics and UI tweaks and finally platform specific features for PS4, Xbox One and PC.

Make sure you read through everything as there’s a lot to discuss. Dark Zone players now being able to heal other neutral players using First Aid and Support Station skills should provide a nice twist alone.

What are your thoughts on the new The Division patch, happy with the changes or has Ubisoft missed something out?

The Division maintenance is due to start at 1am Pacific Time on March 22, with servers back up three hours later – that means from 4am Eastern Time and 8am in the UK.

Let us know when The Division servers are unavailable for you.