Up until now, Rupert Murdoch’s digital newspaper The Daily — which launched at the beginning of February – has been referred to as an iPad-only app. However, if recent reports are to be believed, then it looks like we won’t be able to call it that for very much longer.

According to a recent article by Mark Raby over at tgdaily.com (sourced from All Things Digital), Rupert Murdoch likes what he has seen so far out of Google’s Android 3.0 (Honeycomb) operating system, and is now looking to bring The Daily app to Android tablets.

Although the Honeycomb operating system — which is optimized for tablet PCs — hasn’t been released yet, there are a number of Honeycomb-enabled devices scheduled to be launched this year. This of course includes the Motorola Xoom, the HTC Flyer and LG’s G-Slate. 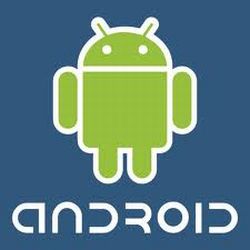 When Murdoch first announced The Daily publication, he never mentioned anything about it arriving on Android devices. However, it wasn’t put down as an iPad exclusive in News Corps’ contract with Apple, so Murdoch is free to launch the app on whatever format he likes.

As Marc over at intomobile.com recently noted, The Daily app has received mixed reviews since it was launched. Each issue is said to take almost two minutes to download, while the app itself is said to be very disorganized and its content described as not very compelling.