Prepare to meet the cooler of your dreams now and the cooler which may just change your Summer 2014 plans for the better. In one of the best Kickstarter projects that we have ever seen, the Coolest Cooler could be the product that may break Kickstarter’s all time record.

Aside from that though, we just love the Coolest Cooler as it does just look really cool. It transforms your ordinary cooler and offers luxurious features such as a built-in rechargeable blender for cocktails and smoothies.

On top of that, you have a built-in removable bluetooth speaker for music a USB charging port for smartphones, hidden plates, a handy ceramic knife and wait for it – a built-in bottle opener as well on the side of the cooler.

If that wasn’t enough for you, those that really want to enjoy this pimped out cooler can do so in the dark with built-in LED lights for night parties. The project has been created by Ryan Grepper and has already smashed the $50,000 target. 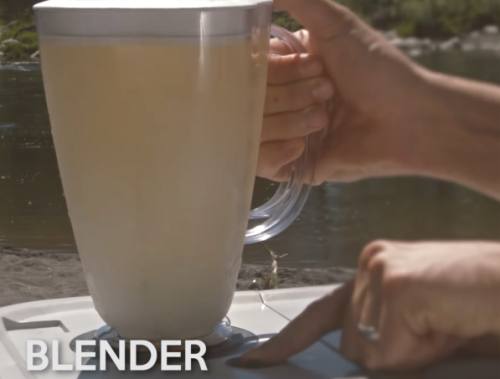 In fact it is heading to dizzy heights with a current total of just over $4,000,000 at the time of writing – staggering stuff when you think about it.

We love the attached video selling the product and it looks like consumers have fallen in love with it too. It’s even more special when we tell you that Ryan Grepper previously tried to sell his cooler last year without success.

If you donate $165 though to the cause, you could be the owner of the coolest cooler when it ships in February 2015. Watch the video below and let us know what you think about it.

Have any of you donated yet?