If you’re a Beatles fan that just happens to own an Apple iOS device, then I think we may have some pretty exciting news for you. Besides having their back catalogue available on iTunes, it now appears that the Beatles have an official iOS app that’s based on the Cirque du Soleil musical LOVE.

As Stuart Dredge over at crave.cnet.co.uk recently reported, The Beatles LOVE app — which is now available to download for free from the Apple App Store — features a mixture of news, photos and video clips, as well as exclusive ticket offers for those who want to go and see the show in Las Vegas.

The app is aimed at promoting the LOVE show (based in the Mirage casino) and the Altogether Now documentary, which is all about the Cirque du Soleil show. The app also includes 30-second preview clips for all the songs on The LOVE album, which has recently been added to iTunes. 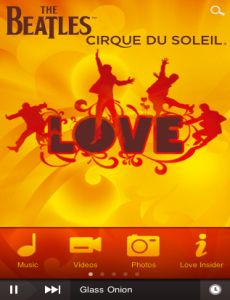 It also provides links to Apple’s digital music store, just in case you want to buy the full songs. The Beatles LOVE app also enables users to comment on songs and sign up to social networking sites such as Twitter and Facebook, so you can tell your friends what you think of it. 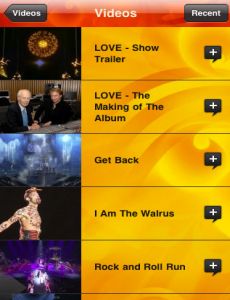 As noted on the itunes.apple.com website, the app is compatible with the Apple iPhone, iPad and iPod Touch, and requires iOS 3.1.2 or later. The app is available in many languages, including Russian, Spanish, Portuguese, Chinese, German, Korean and English.