Depending who you ask, there is a very good chance that the Apple iWatch could be released later this year, and there was excitement a few weeks ago when we learned that Apple could team up with some expensive watchmakers. However, one of those will not be Rolex, and as a way to tease us of what will never be, a new Apple iWatch concept video has appeared on YouTube.

If the Apple iWatch release date is sometime in September along with iOS 8 and the iPhone 6, then don’t expect it to look anything like the images and video below. While we do not believe the iWatch to look anything like this Rolex concept, we believe it will look more like a traditional watch than any other smartwatch on or coming to market, although the Moto 360 is a gorgeous looking model.

The iRolex, which designers at Curved have dubbed it has taken some of the design elements of the classic Rolex and fused it with some analogue and digital elements, making it more of a hyrid watch rather than an all-out smartwatch.

Looking at the concept we can see that iOS 7 has been used, rather than what iOS 8 would look like, although we have to admire just how nice that flat design looks on the iWatch concept. 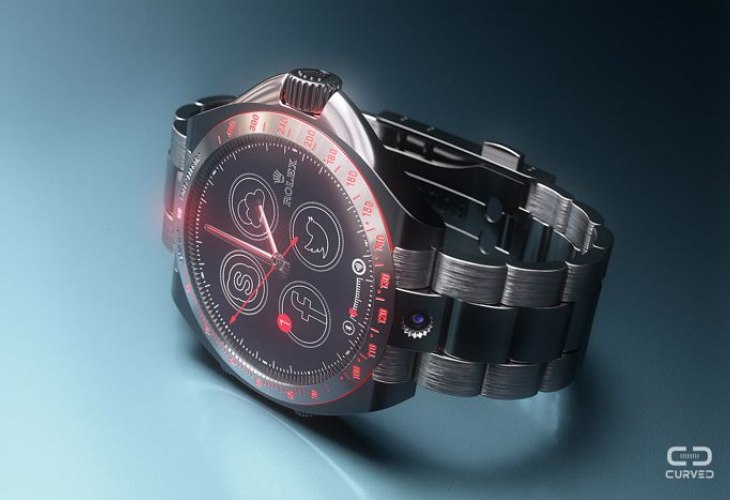 Some of the features of this latest iWatch concept include a classic chronograph look, transparent watch hands, a black homescreen, and app icons similar to that of iOS 7, along with wireless charging.

Okay, so we know that this concept will never see the light of day, but how about checking out the second video, which are more realistic iWatch designs.