The last time we heard anything about Square Enix’s much-anticipated PSP exclusive The 3rd Birthday, was when the developer revealed its spring 2011 release schedule. All we knew at that stage however, was the fact that it would be arriving sometime in the spring.

However, all that appears to have changed now, as Square Enix has just confirmed a US release date. According to a recent article by Sal Romano over at scrawlfx.com, the story-driven RPG is due to hit U.S. stores on March 29th. We’re not quite sure about a European launch date at this stage.

The 3rd Birthday game – which is said to have the feel of a “true” action / RPG hybrid — features strategic gameplay that utilizes the brand new “Overdrive System,” and an all-new new story that takes place in a torn-apart New York City. 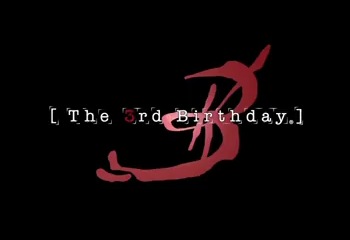 While we can’t provide European gamers with a solid launch date, we can bring them good news about the release of the special “Twisted Edition.” As JC Fletcher at joystiq.com reports, the bundle includes a UMD copy of the game, 2 deluxe lithographs, a 48-page “CTI Confidential” art book and an unlock code.

Square Enix has also revealed a few details on The 3rd Birthday’s celebrity voice cast, which includes Yvonne Strahovski — from the TV series Chuck — as the voice of Aya Brea, and Jensen Ackles — best known for his role in Supernatural — voicing the Kyle Madigan character.