Recently we were sent Teufel’s new Concept B 200 Active 2.0 multimedia speaker system, these speakers come with an amplifier which has an integrated sound card and also acts as a 3 port USB hub.

For the last few years I have been using a pretty impressive Creative 2.1 speaker system, therefore I was keen to see how Teufel’s 2.0 system compared, also I was interested to see if Teufel’s integrated sound card made much of a difference to sound fidelity.

Upon unpacking the speakers the first thing I noticed was the build quality and professional-look of the hardware, I was slightly disappointed that there was no USB A to B cable or 3.5mm plug to jack plug cable, however being the computer geek that I am I had these at hand. 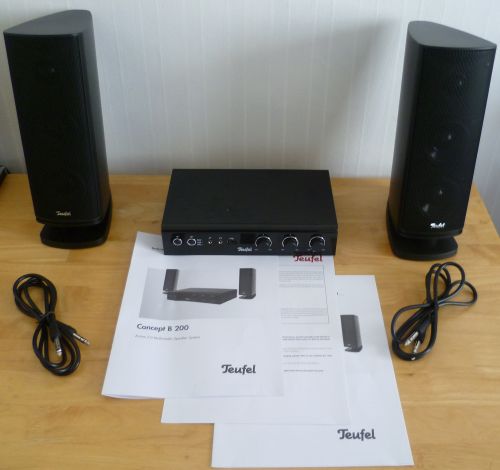 The package contents included an amplifier unit, two speakers, a mains power cable (I had to use my own kettle lead as I live in the UK), two speaker cables and some paperwork, all of the speaker sets I have used previously use 3.5mm cables, however these use 6.3mm plugs which apparently help prevent pole reversal. 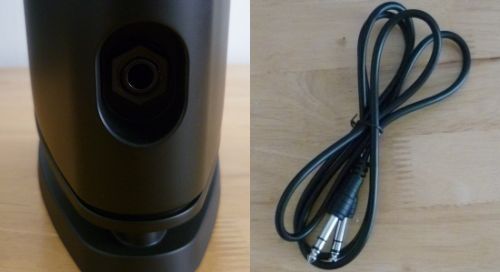 The speakers and amplifier are both pretty heavy, which in my opinion make them both very professional, also all of the ports, buttons and controls feel rugged and shouldn’t be too easy to accidently damage. 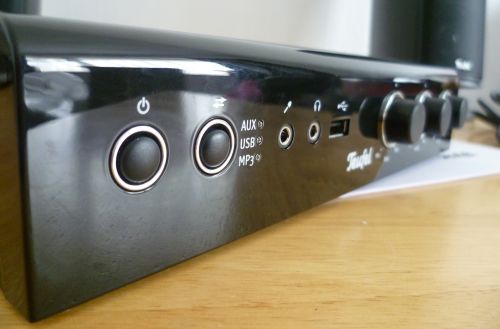 There are plenty of different ports on the rear of the amplifier, these allow up to three audio sources to be plugged in at once, there is a standard 3.5mm jack port, a USB port to connect it to your computer and connectivity for RCA input. There is also a port for your power cable, two USB ports to connect additional devices and two 6.3mm connections for your speakers. On the front on the amp there is one USB port, a 3.5mm microphone port and a 3.5mm port for headphones.

The speakers have a very strong and sturdy feel and stand 30cm tall and output at 30 WATTS (RMS), in my opinion they look great either side of your monitor, I temporarily sat the monitor on top of the amplifier, however Teufel advise against this in the user manual. 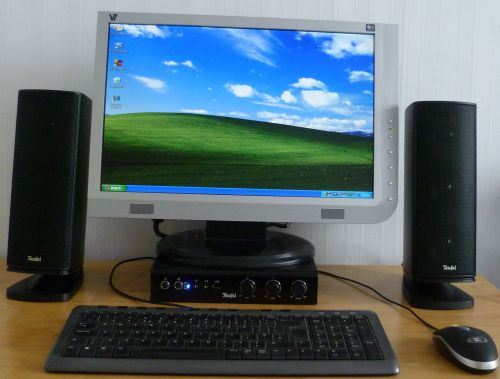 As the amplifier features an internal USB sound card I half expected there to be a CD for installing software on your computer, however there wasn’t so I just plugged in the USB cable into my Windows 7 laptop to see what would happen. The laptop detected a new device and installed it within a minute, I wasn’t sure whether installation had been successful, so I tried to play an MP3 file, sure enough the USB sound card was working fine.

I also tested the speakers on my Windows XP desktop PC and a MacBook running Snow Leopard, both installations were automatic and took less than a minute, on the MacBook I had to go into sound properties to set the USB sound card as the output.

On the front of the amp there is a power button and a button to select your audio source, I plugged in my BlackBerry via the 3.5mm port, my Xbox 360 via the RCA ports and my laptop via the USB port, all of which played back perfectly even if I quickly switched between sources.

It is always hard to describe sound quality with words, however I will do my best. When playing back audio via the speakers there was great depth in the sound, the bass and treble controls really allow you to hear the music just how you want to, even if you play audio at full volume the sound does not distort.

The bass in my opinion is very impressive considering there is no subwoofer, don’t get me wrong these speakers won’t shake the walls like a subwoofer would but provide enough bass to make the neighbours complain.

I tried a range of different audio sources to see if I could get the speakers to sound poor, however I failed miserably, which is obviously a good thing.

The USB sound card is great in my opinion, I do not have a trained ear, however I felt I could tell a difference when inputting via USB rather than a standard 3.5mm input from a portable media player.

I briefly tested the USB hub functionality with a USB keyboard, mouse and a flash drive, all worked fine without issues.

As mentioned previously I am not a huge enthusiast in terms of sound clarity etc, however I was very impressed with the clarity of amplification and the overall professional look and feel of this product. If your an enthusiast looking for a set of 2.0 speakers I think you will have a hard task finding a better speaker system than the Teufel Concept B 200.

If you would like to view the full specs and perhaps buy the Teufel Concept B 200 speaker system check out this link, they are currently retailing for £199.99.