Eden Games’ much-anticipated Test Drive Unlimited 2 game finally made its way into North American stores recently and as expected, we are starting to see the very first reviews come in. We thought we’d take a brief look at a few of these reviews, and weigh up the pros and cons.

Test Drive Unlimited 2 — just like the first game — sees players once again exploring the whole of the Hawaiian island of Oahu. However, according to Mr. Pinkerton over at metro.co.uk, gamers also get to drive around the island of Ibiza, where they even get their own clubhouse and customized races.

While Mr. Pinkerton praises the Test Drive Unlimited 2 game for having a good range of cars, a fantastic island atmosphere and good online features, he does go on to note that the graphics can sometimes be patchy and the handling of the cars is not realistic. His overall score was 7/10. 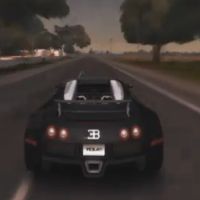 In the meantime, Michael Menzel over at game-pad.net says that although the Test Drive Unlimited 2 game doesn’t have the best graphics he’s seen in recent racing games, they do come pretty close. He also notes that the full day/night cycle and random weather patterns make it more enjoyable to play.

However, he also claimed that the cars can sometimes be clunky to drive and there appears to be a lack of challenge from A.I. opponents. Have you played the Test Drive Unlimited 2 game yet? If so, what are your first impressions? You can read the full reviews via the links above.