When it comes to racing video games some of the greatest ever are being produced these days. Both graphics and gameplay play the biggest parts in the standards expected today, with the likes of the Forza Motorsport and Gran Turismo series leading the way. Now a new racing title is about to hit the scene which although has remained relatively low key, is looking to provide racing gamers everything they want from a game.

First announced back in November last year by publisher BigBen Interactive, Test Drive: Ferrari has had little revealed about it so far as far as details about the game are concerned. However it seems the first screenshots from the title have surfaced on website Gry Online, revealing some promising graphics as well as some of the awesome vehicles that can be driven in the game.

The vehicles that are revealed in the collection of images include a vintage Ferrari F1 model as well as newer F1 models, the classic Ferrari F50 and a whole host of other Ferrari models, classic and modern. Each of the cars possesses a highly polished look which reflects the beautiful background skies that are also exposed from the images.

As far as tracks are concerned nothing official has been announced, however some of the images do show what looks to be the Nurburgring in Germany and there are French billboards in other images which suggest at least one of the tracks is in France.

According to rumors that are circulating, Slightly Mad Studios, developer of Shift 2, has also been announced to be heading up the development team of Test Drive: Ferrari. With this news it appears that the game is looking very promising and whether you like Ferraris or racing games in general you won’t be disappointed with this title. Check out the link above where you will find all the screens revealed so far.

What do you think of the images? Are you interested in getting this game when it eventually launches? 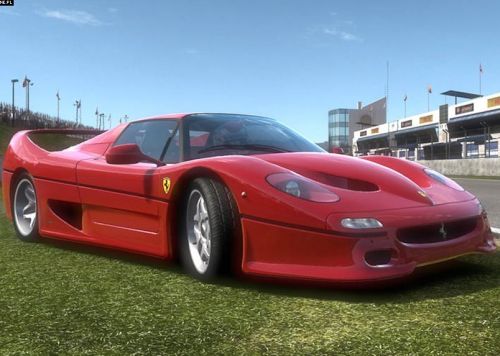