There is no denying that Elon Musk has ruffled a few feathers within the auto industry, especially those that are stuck in the past and refuse to accept that a change is needed. Musk has always had the ability to see what it is people will want several years down the line. It is for this reason why his Tesla range has done so well, and with drivers loving the SUV, his upcoming Tesla Model X SUV is bound to prove very popular.

A new Tesla Model X SUV video has recently come to light showing the vehicle on a test track at Alameda Airport. We know that there will be some of you that feel the new SUV looks very similar to the Prius, although when you get a lost closer you will see they are very different beasts. 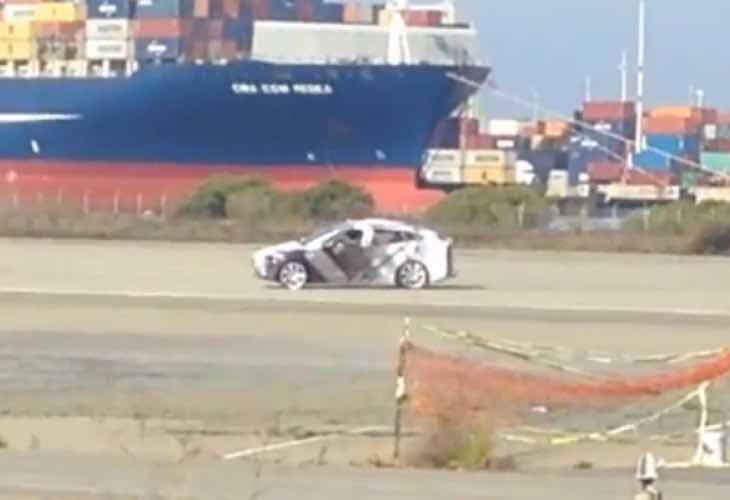 Now that people have started to see more of this new electric vehicle, this has now led to more people wondering what the Tesla Model X SUV price will be, and most people seem to suggest a starting price of $35,000, although there could be incentives to help decrease that price a little, although by how much we do not know.

Check out the video below of what is believe to be this all-electric vehicle being taken out for a test-drive.