It seems like an age since we first knew about Tesla’s plan to launch its first SUV, but it was only back in 2012 that the Model X was unveiled. Since then details have been trickling out, although with its release expected later this year, we expect to learn a lot more over the coming weeks and months.

With this in mind we are not surprised that we have seen the upcoming electric SUV spied up close in California once again. Tesla seems to be making a habit of allowing its test model to be videoed and we get an even clearer look at its design. 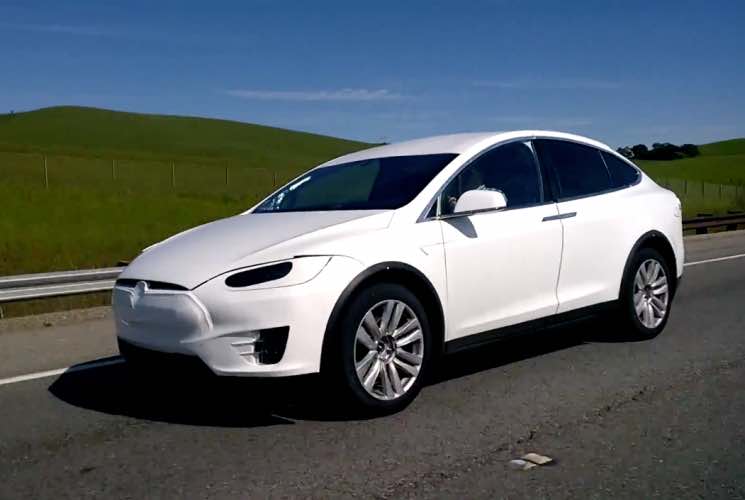 Questioning Tesla Model X space functionality — Looking at the video below we get a much better idea as to its design, and we can see it is higher than its sedan, the Model S. However, we just cannot see how it adds any functional in terms of extra space, as you would expect from an SUV.

Having said that, how many SUVs really offer any extra space compared to regular sedans? Most people seem to go for these Sports Utility Vehicles because it gives them a more commanding driving position, as they sit higher off the ground.

If we were to compare the Model X to any other vehicle, we would say it looks more like a raised Audi A7, but would you agree?