Several days ago Elon Musk took to the stage to finally unveil the Tesla Model 3, although this was only stage 1 of the unveil, with stage 2 yet to come. What has surprised us, and also Tesla Motors is the huge amount of interest generated, with over $200 million being taken in deposits alone – especially when not much is really known about the upcoming EV.

Musk did share some of the main details, such as its exterior design, although there are a few finishing touches that need to be addressed. However, it is the interior that is of great interest to us, as we are told that it is going to feel like a spaceship.

It’s surely for this reason why Tesla has decided to work with LG on the 15-inch display, as they will know first-hand just what sort of tech it is that consumers look for. 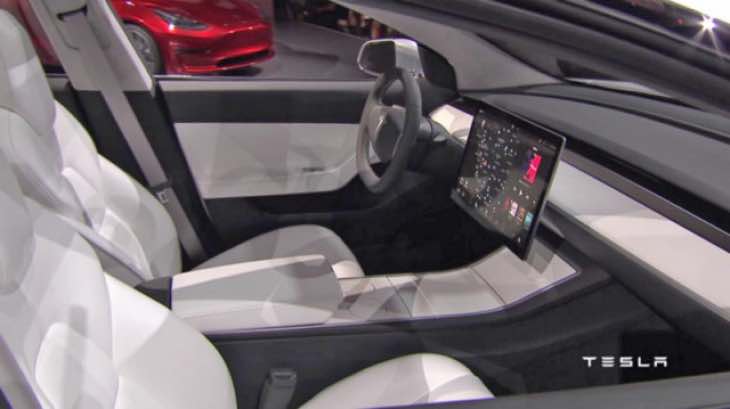 There is nothing new with Tesla using a large tablet to take the place of conventional controls, but it will be interesting to see if teaming up with LG will make the Tesla Model 3 interior any different to that of their other models.

Having said that, LG might only be used for the display, although Tesla needs to lean hard on LG’s expertise to get the most out of the 15-inch tablet that will control pretty much all of the Model 3 functions.