There is no denying that the Tesla Model 3 unveil went far better than expected, and while the car does seem very popular with unprecedented pre-orders, there are one or two minor issues, one of which is the lack of space in the trunk, or more so with its opening.

This has since led to calls for Tesla Motors to release a different Model 3 variant, or more so a hatchback version because the opening to the trunk is currently too small – even though Elon Musk claims that you are able to fit a seven-foot surfboard inside.

It’s not that the actual trunk is small, it’s just the opening, and so this is why we now have these Tesla Model 3 hatchback concept renders. And, while this does seem like a very good idea to offer people another variant, Musk has already ruled other versions of this model out. 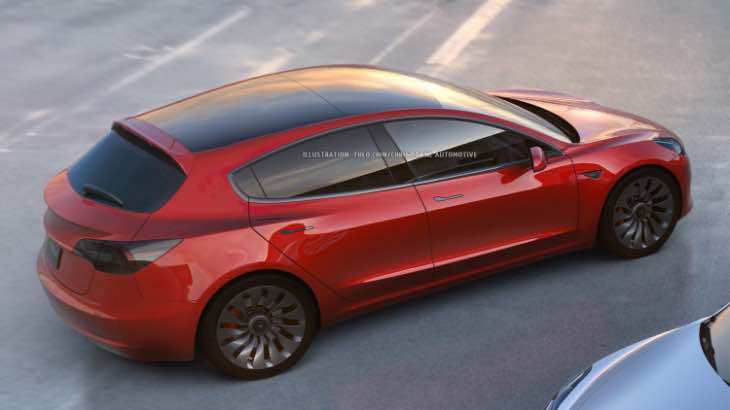 Why such a small opening? The large sweep of glass stretches from the windscreen to the rear of the Model 3, and so there is no rear beam support, which means the trunk opening has to be smaller.

As a result, this means there will be no chance of a hatchback version of the Model 3 being released, not unless Tesla wants to get rid of the glass roof that makes this model stand out.

Another factor that will stop a Model 3 hatchback from being released is they are not too popular in the US, although they do seem more popular in European countries, such as the UK. However, it is the inhenrtant problem with the glass roof that will stop such a variant from ever being released, and so people will just have to get used to the small trunk/boot opening.