Tesla Motors know that we are very eager to see what they have in store for us with their new Model 3, but we have to wait until March 31 for most of the details. However, if you are wondering what the design of the Tesla Model 3 will look like, then the carmaker has given us a little glimpse of this.

Try not to get too excited though, as Tesla has not revealed much in the way of the Model 3 design, as you can see by the image below it’s more of a blacked-out silhouette that anting else.

It’s very clever of them because they have just giving away a glimpse, yet also reveal nothing in the process. 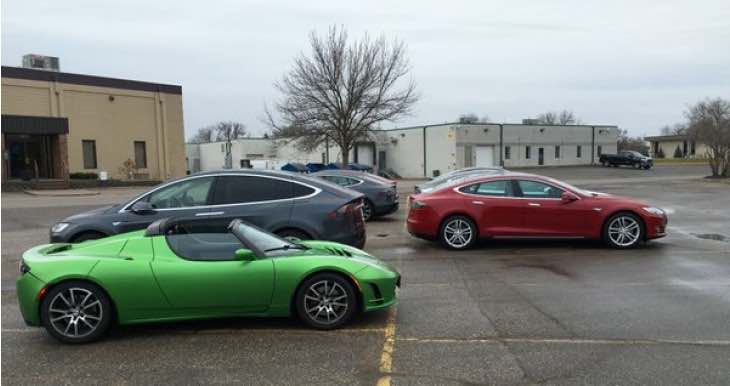 There are a few minor details that we can make out from the image teased on Twitter, such as looking very similar from the front as the Model S, although the door mirrors do look slightly smaller on the upcoming model.

We still do not know what details Tesla Motors will share, but we suspect it will share the Tesla Model 3 range, and with a bit of luck pricing, which is expected to be from £30,000, although with a £5,000 government incentive.