The Tesla Model 3 will cost about $6 to charge in the USA, and that will get you a minimum range of 215 miles. This converts to around £4.20 roughly in the UK on today’s figures, and so could possible get you from the Kent coast to Bognor Regis, UK and back again on a full charge.

This is madness because it shows just how cheap travel could be once we finally embrace the EV in the UK, and it does look as though that trend has now started to turn – or it will do once the Model 3 is released in the UK next year.

Elon Musk has promised that deliveries will begin in 2017, and with a starting price of £24,400 we can understand why there had been 276,000 pre-orders by the end of Saturday worldwide. The main reason for its early success is because this is step 3 of Musk’s plan, and that is an affordable mass-market electric car from Tesla Motors. 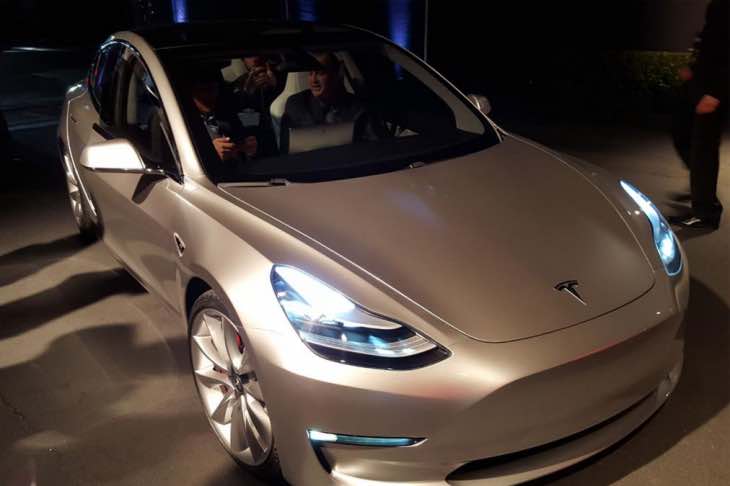 We do have one concern though, one that the Tesla Model 3 could very well highlight. The Government will begin to lose money on fuel duty when the UK starts to embrace electric vehicles more than they have done – something that the Model 3 is certain to do.

It’s assumed that the UK Government will want to get back some from taxation because of the loss of money made from taxing fossil fuels. If tax is not found in other forms, then this could lead to roads in the UK getting far worse than they are now, such as even more potholes.

We know with certainty that the UK will not want to go the same way as the Highway trust in the US, which is pretty much bankrupt because of fuel tax not being raised since 1993. Ok, so we know that fuel duty in the UK has been raised, but if more people embrace the EV, then things will need to change.