Tesla has admitted to a meeting with Apple, but has kept quiet after it was speculated earlier this week that a buyout was being considered. Apple acquiring Tesla could start a new revolution in the auto industry with some form of iCar being created by both companies if a deal happened.

The CEO of Tesla Motors Elon Musk has confirmed he had conversations with Apple around a year ago and would not go into the contents of these discussions. Asked about whether he had any information on Tesla being bought out by Apple, Musk remained tight lipped and would also not be drawn on whether Tesla is for sale either.

What Musk did say though according to Bloomberg was that “Apple making cars would be a great idea”, whilst this looks like an encouraging statement it does not imply any involvement with Tesla. If this story does develop and Apple do express an interest in expanding their business to vehicles, it may be Tesla who come calling instead seeking a partnership. 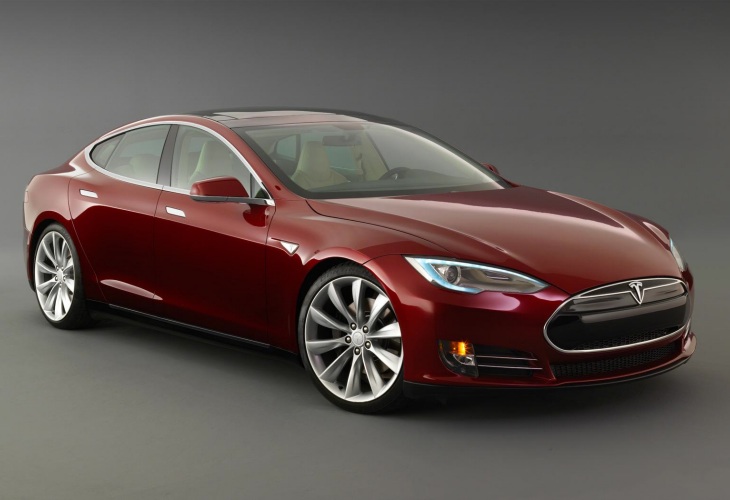 We looked a few days back at many of the factors and possibilities which give credibility to any potential buyout. Obviously the first point to consider is that Apple could afford it, the company has also hinted at their first interest in vehicles with their ‘iOS in the Car’ feature set to come with iOS 7.1. It is likely Apple would want a smart design like the one that the Tesla S features.

The only solid evidence we have to support Apple and Tesla joining forces is the meeting that took place. Cogs could be grinding behind the scenes however and although this encounter took place a while ago you have to wonder why it would happen in the first place. Rumors will continue over Apple creating an electric car and rightly so, it would be an amazing prospect for auto and tech fans alike.

Would you like to see this partnership between Apple and Tesla happen? Leave us a comment with your thoughts on a potential iCar or any other vehicle the companies could produce in the future.