The Tesco third off toy sale that started a few days ago has helped thousands of UK shoppers bag some surprisingly good bargains, in fact many received a double stacked discount with what shoppers called “Crazy Prices”. The experts in money saving at Money Saver Online reported, “The Tesco website launched with a 1/3 OFF Toy Sale this week, but the real bargains were found in-store thanks to checkouts allowing both the sale discount and reduced to clear prices”.

Explaining further, “This has to be the biggest toy discount customers have received in recent months, with some products seeing prices slashed from £40 to £20 and then again to just over £13 with the extra third off. One of the best deals was a VTech Baby Sit to Stand Music Centre retailing at over £20, then saw it’s price reduced to £10 in-store at Tesco, while scanning at just over £6 with the extra third off”.

There was plenty of top toy brands included and a number of stocking fillers selling for under £2, including Star Wars toy figures, which normally retail for over £10. 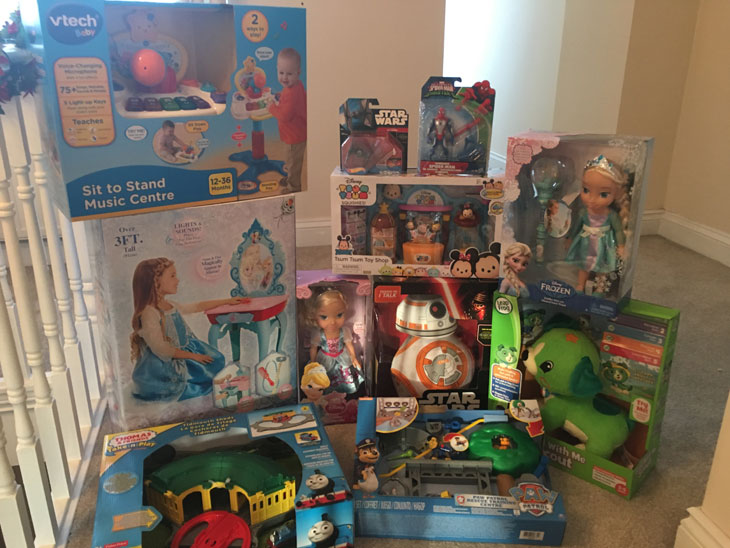 It’s strange that many of the in-store toys were allowed to have both discounts, a third off and already reduced prices, but those that knew took full advantage and filled trolleys right before Christmas.

Did you bag a bargain with these stacked offers at Tesco’s current toy sale in-store? The 1/3 off ends today in-store and online here at Tesco, so if you can find stock you might still have a chance. Feel free to like Money Saver Online at their Facebook page, as they normally catch the price glitches and bargain buys before anyone else.

We reached out to Tesco for comment but haven’t received a message back at the time of publication. For now, well done Tesco for delivering what had to be the best toy sale before Christmas.