Tesco unveiled its Hudl 2 to a happy crowd, as they can see the potential in the 2nd-gen model. The new model has so much more going for it than the 1st edition, as it has increased in size from 7 inches to an 8.3-inch display. It also runs on Android KitKat 4.2.2 and will be on sale from October 8th online or a day later in-store.

Looking over the specs, which we will get to in a bit, its price will make the Tesco Hudl 2 a very attractive alternative to the iPad and Nexus 9. We know the second generation Hudl will not be able to compete with the Air 2 or HTC 9 later this year in terms of features and performance, but we expect it to do very well during Christmas 2014 for parents looking for a cheaper alternative to those other tablets, seeing as though the original version did very well during the last holiday season. 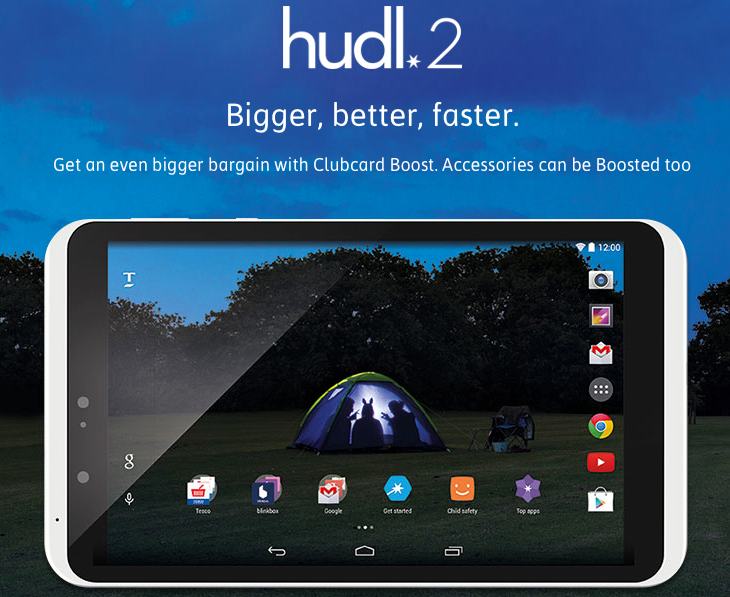 We do find it strange that the Tesco Direct homepage is not yet making a big deal of its Hudl 2, although that will be a different story on the 8th of this month, as we expect a huge marketing campaign. There is a way to take advantage of an early Tesco Hudl 2 price drop, and that is buy it via Clubcard Boost, which means you would get it for half price, so instead of £129 you would pay just £64.50, this would make it a far better option than most Android tablets.

It is clear this new tablet from Tesco is not all about performance, but not all of us need anything too powerful. We suspect the retailer will have a huge success with the Hudl 2, but you have to wonder if Tesco should get back to basics and concentrate on the simpler things, like trying to stop the likes of Aldi from taking business from them.