This new eidolon is unlike any other eidolon that we have seen for the game so far, not to mention the fact that you can only bring two characters into battle this time.

On top of that your two characters are automatically capped to level 35, making the battle that much harder. From what we can see on first impressions, you are going to need to take in a character with poison abilities as an absolute necessity.

This is because all monsters and also Lamia in this event are vulnerable to poison – as much as 400% according to stats released already. 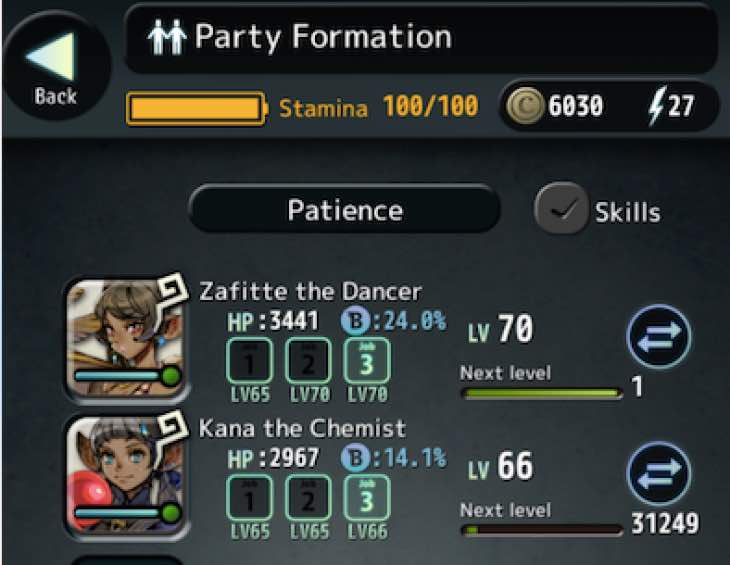 The big problem is that you need a poison character who has a skill at level 35 or before. As far as we’re aware, the only two that have this ability are Zafitte and Ellvern.

Grace’s Poison arrows are also out of the picture as they are a level 65 unlock, which is disabled for this event. Given that the odds of getting a Zafitte and Ellvern out of a pack opening is slim – this makes it a very tough battle indeed.

Then again, that’s the beauty of Terra Battle and we’re sure most of you will welcome the challenge. We want you to list your best Terra Battle strategy for Lamia at the moment and the two units which have proven most useful to you so far.

We are using Zafitte and Kana and it’s a pretty good team. Other units that you may want to consider are R’Zonzand, Zerra, Palpa, Zuzu for thousand sword and Pupru for Mood Swing.

You’ll also want to prioritize killing Basilisk as soon as he spawns, as this monster can cause instant death to your party with high probability.

Let us know how you are getting on and offer any help to new players below if you have it. Also feel free to use this thread to set up private matches with codes if you want to have a private game.

Also one last thing, we LOVE the new music too, both during the initial stages and when you reach Lamia at the end!