Terra Battle is a strategy RPG game that has just launched for iOS and Android in some countries. This is no ordinary game though as it’s actually from the creator of Final Fantasy and we can already see that the game has been a massive success in the initial Terra Battle downloads count since launch.

For those that are able to play it, you are probably already addicted. Having the creator of Final Fantasy behind the project is obviously already a massive incentive to play the game and you’ll instantly see the classic FF touches in Terra Battle shortly after playing.

While Terra Battle is a free-to-play game and doesn’t force payments upon players, it does have premium currency in the form of energy. This energy can be used to speed up the process of gameplay like other games of its genre – in Terra Battle’s case, buying premium recruits that will help you to win battles more easily. 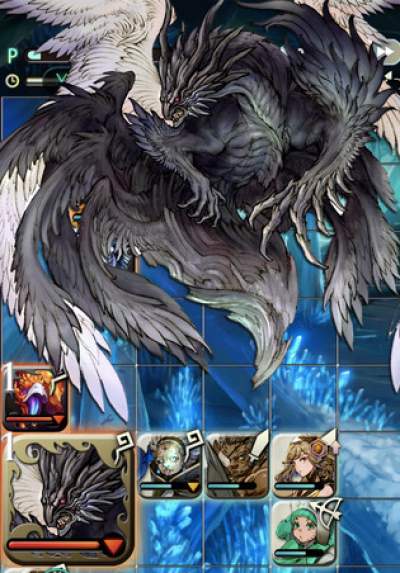 What players have discovered though, is that Terra Battle features an amazing system where you can actually input gift codes in order to score Terra Battle free energy.

This is going to be useful in official game events, or retailer giveaways for example and we can already offer you the first bonus that players can use right now.

If you have Terra Battle open at the moment, simply head into Options>Enter Gift code and input dhth66nWXVCbjdTC. This is going to grant you 5 free energy instantly, which is enough to buy one rare recruit – a very generous offer which isn’t restricted to a particular country.

For those that have yet to try the game, give it a shot and see what you think – we think you may just fall in love with it. It’s a must-have download for any Final Fantasy and Japanese RPG lover out there, these free code give outs are the icing on the cake.

We’ll use our comments system by means of code distribution, so if you spot any more codes feel free to share them below for other Terra Battle players. Let us know if the first code above worked for you and what you spent the 5 energy on.

UPDATE: We’ve got a new code for you guys. Simply input rUTwbFk6gwa3Aw3d in that format since it’s case sensitive. You should get 3 energy and 5 Metal Tickets. Let us know what you pull!

UPDATE 2: Mistwalker has added a huge update with Terra Battle 2.0. More importantly, Co-op is live and a new friend referral system. Find out how to share your code here and get even more free energy!

UPDATE 3: Here’s another code for you guys: rkzrnWwgTcPnjdHC – try it while you still can. 3 Energy, 5 metal tickets and an EXP boost! Enjoy.

UPDATE 4: Even more free energy, this time to honor creator Sakaguchi’s lifetime achievement award at GDC 2015. cyrkrnHAjfmjYDYf should get you 5 energy and some other useful items.