The Terra Battle Bahamut event is now live, with players able to take down the fearsome beast in the Events section and then selecting the Terra Battle ‘Bahamut Descended’ icon.

You’ll be pleased to hear that it doesn’t cost energy to battle Bahamut and we can also confirm that Bahamut is recruitable at the end of the fight if you are lucky enough to get the drop.

We can see that some players have already managed to get him and we can reveal that Bahamut is an S class fire-based dragon with some cool abilities. More importantly though, Bahamut is also able to get 3 Jobs and we can see that the main hunt is now on for the Terra Battle Bahamut Caladbolg location. 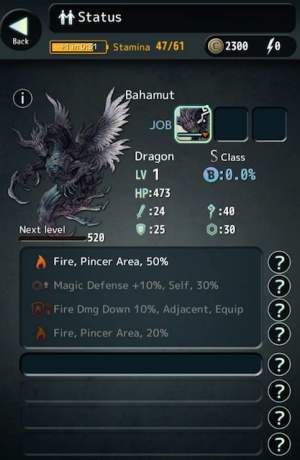 This is the main weapon drop that is needed for Bahamut’s first Job and at the moment nobody knows whether it is available in a story chapter, or if it is a drop from the Bahamut boss battle itself.

Time will tell though and we’re predicting that the information will be revealed very soon. The actual Bahamut battle is not very hard indeed and you should be able to get through it without any issues. 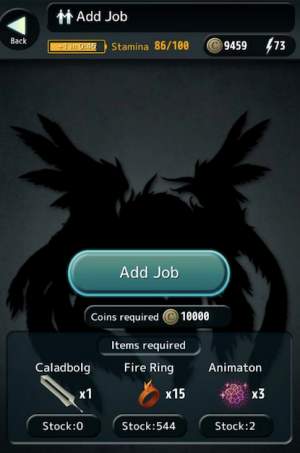 You’ll need a healer in the team to deal with Bahamut’s Meteor attack, but other than that there are no other problems to deal with. Let us know how you are getting on with the Bahamut event at the moment – more importantly list any special drops that you manage to get and if you have picked up the Caladbolg somewhere.

We’ll update this when we get more information, including Bahamut’s abilities for Job 2 and Job 3 and the items needed for them.

UPDATE: Here are the rumored details for Bahamut Job 2 and Job 3 abilities –

Let us know what you think about this!

UPDATE 2: It looks like those Job sets are real. Nobuo Uematsu just posted a video about the 900k milestone. Pay attention to the sneak peek gameplay at the end featuring Bahamut, you can see his Job 2 and Job 3 abilities in action.