Within the hour we can confirm that another Terra Battle update has just gone live, with Mistwalker now issuing a Terra Battle 1.1.5 update on Android and iOS.

Unfortunately though, it looks like there are no new features to enjoy as the Terra Battle 1.1.5 patch notes suggest that this is just a minor update.

An in-game message about the update has already gone live but as far as we’re aware, some of you may still be waiting for the update to actually reach your device. 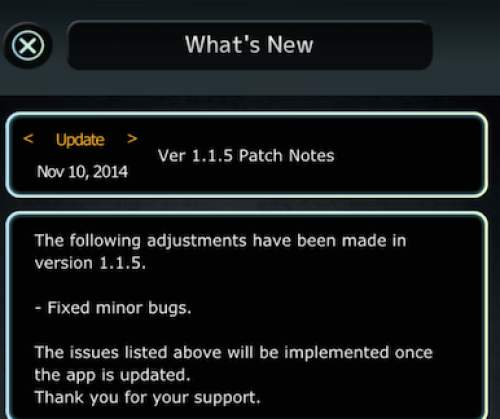 Mistwalker has given users a heads-up on this, by saying that the minor issues will be implemented in the game once the update has gone live for everyone.

Given the fact that Mistwalker has not even listed what these minor fixes are, we are assuming that it won’t lead to any sudden gameplay mechanic changes – so this update could purely be cosmetic changes.

For instance, we have already spotted that Kuscah’s 3rd job art has been fixed. Previously, Mistwalker slipped up when they applied the 3rd art directly on the top of the 2nd art – creating an ugly overlapping effect.

Now, we can see it has been fixed and can show you the comparison with Kuscah on 1.1.4 compared to the new and improved Kuscah Job 3 on 1.1.5 – it looks much better right?

Other than that, we’re not sure what else has changed. If you are playing the game, let us know what you have spotted on the new update so far.