We first heard about the upcoming Jurassic Park game back in June last year, when Telltale Games announced that it would be turning two great movie franchises into episodic video games. We now have even more good news, as the developer has just released the first Jurassic Park details and screenshots.

As Matthew Reynolds over at digitalspy.co.uk reported, Kevin Boyle — the executive director — spoke about the upcoming title to Game Informer recently, and stated that the Jurassic Park game will include slow pace character building, investigation segments and more suspense. 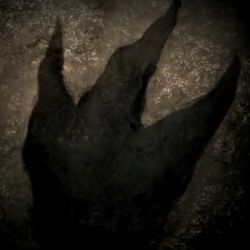 There will also be some Heavy Rain-inspired moments within the game, where players have to react to on-screen button demands. Jurassic Park — which is said to take place both during and after the events of the original movie – will also feature an element of choice for open-ended gameplay.

Not only will the game feature returning characters from the movie, but it will also feature smugglers, mercenaries and a nocturnal dinosaur that has glowing eyes. The five-episode video game series will be released later this year, and will be available for the PC and Mac.

You can view the first screenshots of Jurassic Park over on the ripten.com website, which according to Garrett Hartman are courtesy of Game Informer.