We have the first details on one of the exciting new The Taken King exotics that were revealed yesterday during the Destiny Xur Instagram event.

We now know that when the expansion launches next month, it will give players an opportunity to obtain only the second ever void-based exotic in the game.

This is courtesy of the Destiny Telesto exotic fusion rifle which was one of the highlights of Xur’s reveal hours ago. 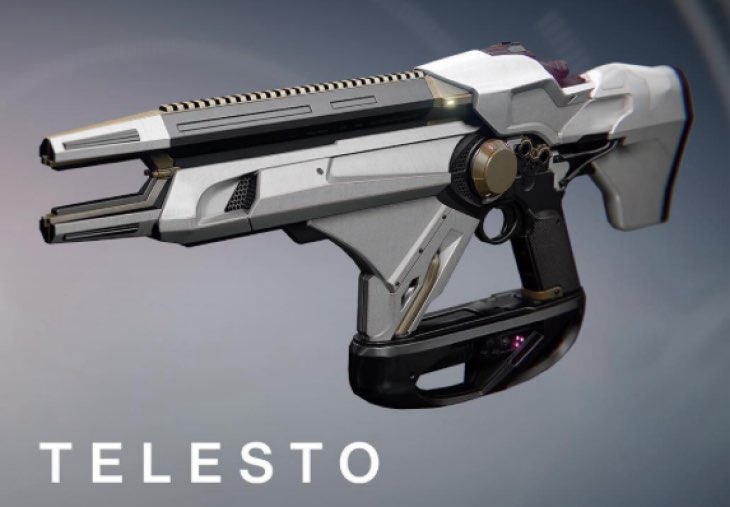 It is going to deal out void damage, but another big talking point is that it can also drop orbs for your allies too which is fantastic.

Other clues on Telesto Destiny perks include being able to fire out rounds that attach to your opponent, while the orb dropping ability will happen when you manage to get multi-kills with the Telesto.

It sounds really exciting and we can already see some positive feedback on the Telesto exotic design as you can see above with many saying that it looks really cool.

Do you agree that this is one of the best new exotic weapon designs in Destiny now? Watch the video below for a full analysis preview and we’ll be bring you more details on the Telesto once we have it.