For those that are interested in picking up Tekken 7 when it finally releases in the US and UK, we have an unmissable video for you to watch now.

The developers of the game have released a Tekken 7 Combo move list video for all characters, giving a preview of two juggle combos that every character will have in the game.

Tekken 7 combos are all about skill and timing of course, so you’ll need to spend weeks mastering all of the moves for a particular character if you want to win consistently online. 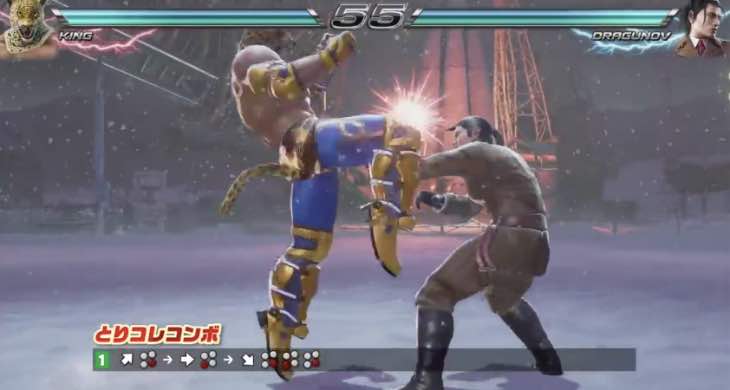 We’ve got a couple of preview images for you here, showing two combos that King will be able to perform in the game – one of our favorite characters in the series.

Obviously there is going to be tons of combos for every character, but Namco Bandai is just giving fans a taster for now.

For those wondering, combos are also highlighted for new characters Shaheen, Claudio, Lucky Chloe and Katarina – but there’s no room for older characters such as Panda, Eddy, Lei or even Yoshimitsu surprisingly.

Check out the awesome video below either way and let us know if Tekken 7 still has a place on your gaming shelf or not.