Update: We are happy to report that there has been a new Tekken 7 1.04 update on PS4 as of July 5, 2017. Skip to the bottom of this article for the patch notes which are already live. At the time of writing, this update is yet to arrive on Xbox One and PC.

Original article: Tekken 7 is the new installment in the legendary fighting series of Namco Bandai. The game has been out as of June 2017 and now we look ahead to future support for Tekken 7 and the next update which should be version 1.03 on PS4 and Xbox One.

Current version of Tekken 7 is 1.02 and in it the developers improved match stability, increased connection consistency and added an On/Off feature for voice chat.

With that said we want to know what you would most like to see for the next Tekken 7 update on PS4 and Xbox One if you bought the game at launch. 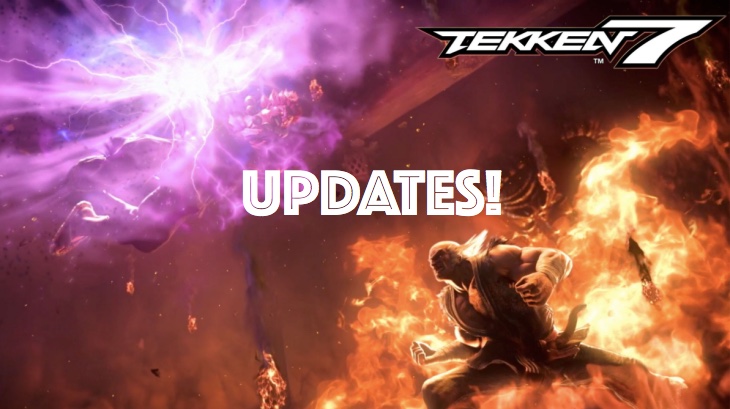 The first patch came very quickly after release, meaning that the next Tekken 7 patch could be around the corner. Keep checking back at this page, because as soon as the Tekken 7 1.03 patch notes for PS4 and Xbox One are live we will add them below this article.

Let us know if you see a new Tekken 7 update available before us and if you also see Namco Bandai skip versions from Tekken 7 patch 1.02 to 1.04 as it can happen.

Update: A new update is live to download. Here are the Tekken 7 1.03 patch notes on PS4 according to what you see in the version history menu: 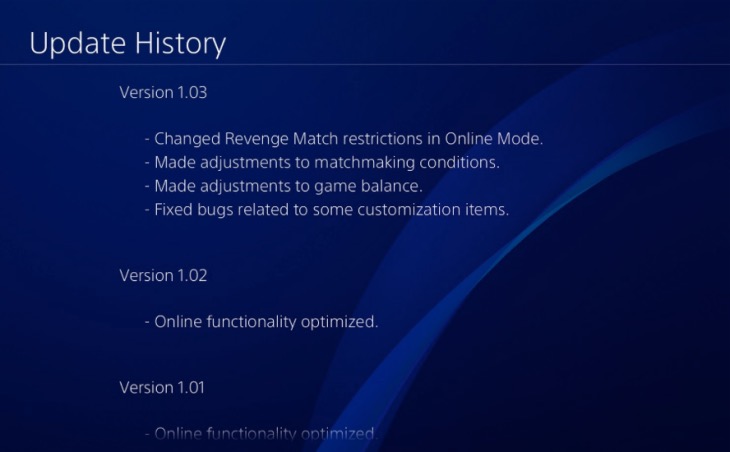 Here are the actual patch notes which you will find much more useful: 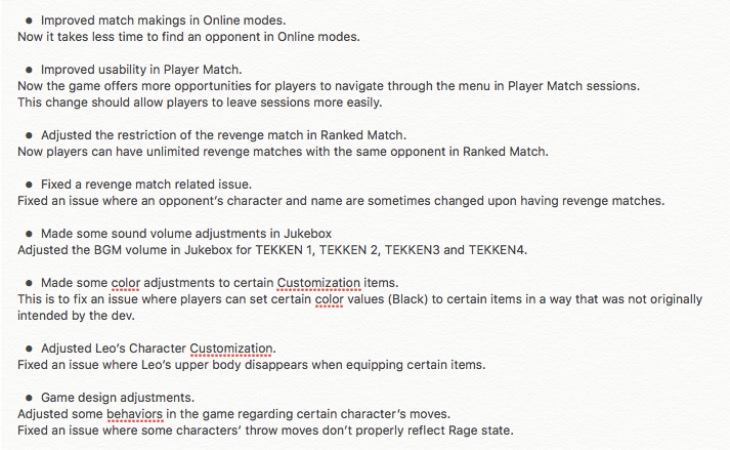 Let us know what you think about the update and if the developers have missed anything out. If you are playing on Xbox One and PC, let us know when you receive the update or if you are still waiting!