With the upcoming release of Teenage Mutant Ninja Turtles, which is to hit cinemas in October, there seems to be a renewed interest in games involving these loveable characters. It is for this very reason why we thought we would point you in the right direction as to what are currently available.

Popularity of these Teenage Mutant Ninja Turtles games were always going to be reignited by the launch of a new movie, we have seen it time and again, and this will be no different.

One such game is available on both Android and iOS devices, and is called TMNT: Rooftop run and is the number 1 app in more than 80 countries. This gaming app is full of action and sees you take control of the four green heroes.

You will need to brush up on your skills because this is a fast paced app where you have to run, jump and fight your way throughout New York.

If you are not interested in playing games on Android devices or the iPhone and iPad, then how about Teenage Mutant Ninja Turtles: Out of the Shadows, as this was released on PC and Xbox 360 last year, while the PS3 version was indefinitely delayed.? 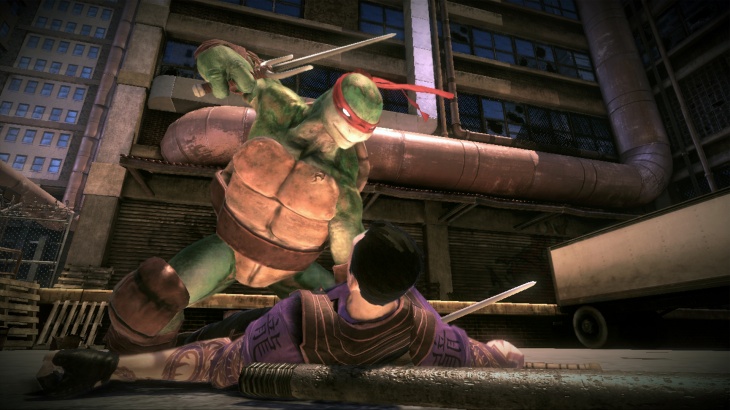 The idea of the game is to save New York City from corruption and destruction, and so it is up to Donatello, Leonardo, Michelangelo and Raphael to do what needs to be done. This wasn’t exactly a big seller, but it did the job intended, and that was to give fans a taste of the Teenage Mutant Ninja Turtles once again.

For those of you who do not wish to part with any money, there are several TMNT online games, all of which are free. Three of the games in question are called Foot Clan Clash, Donnie Saves A Princess, and Mouser Mayhem. More details of all of these can be found here.

With the new trailer having just been released, see below, some people feel we need a Teenage Mutant Ninja Turtles PS4 or Xbox One game now there’s a new movie, even as a PSN download within enhanced gameplay and graphics