If you own an Apple iPhone, iPod Touch or iPad and you’re familiar with the classic arcade football game Tecmo Bowl, you might be pleased to know that the Tecmo Bowl Throwback game has recently been released onto the Apple App Store for iOS devices.

As Steve over on the operationsports.com website recently noted, the original Tecmo Bowl game was the football-themed video game that started the trend. The Tecmo Bowl series, which has sold more than five million copies, was first launched in arcades back in 1987.

The series then made its way on to the NES and as years went by, it debuted on other consoles as well. The Tecmo Bowl Throwback game — which will cost you $7.99 — brings the series’ authentic side-scrolling gameplay to iOS devices, along with intuitive pick-up-and-play controls. 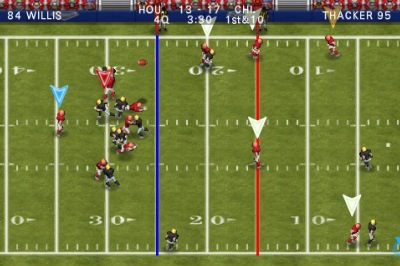 Tecmo Bowl Throwback provides gamers with 30 teams including the 2 All-Star squads and 3 modes that range from single games to full seasons. Gamers are able to choose freely from the twenty-eight regular teams in both the full season mode and the single game preseason mode.

You can read more about the game via the operationsports.com website. Have you ever played a Tecmo Bowl game before? If so, will you be downloading the Tecmo Bowl Throwback game for iOS devices?