The controversy over the recent leak of Modern Warfare 3 has been interesting for fans, and ended up being a big win for those behind the games development. Not many companies can start a day with a massive crisis thanks to the leak, and then end that same day with such hype.

Leaks help in many ways, Apple knows this, and the viral impact before the official MW3 trailer, launching during today’s NBA Finals, will mean more success and viewers. When it comes to viewing numbers for the first Call of Duty: Modern Warfare 3 teasers, they were around 50 times that of COD Black Ops and MW2.

The results are mind blowing for the first two days of teasers. While Black Ops saw 89,000 hits on its teasers, and Modern Warfare 2 had 61,000 hits, Giant Bomb reports that MW3 saw over 4.8 million hits, which were in part due to the leak that went viral. 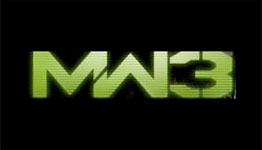 What does all this mean for the next Call of Duty game? We know that the MW3 pre-orders are starting positive, and the results so far show that the next game will break all records again. Where this leaves BF3 we do not know.