The recent article that we wrote concerning the official PS3 headset was seen as a Tease of Sony PS3 v3.70 firmware update. We did not notice before, but upon further investigation it seems that in order for the surround sound to work you will need to be running software version 3.70. Now forgive us if we are wrong, but does that not mean that an update is imminent?

As yet we do not know what new features the update will bring, but we can be sure that there will not only be that surround support, but also bug fixes and extra security measures. Other than that we are totally in the dark in other features along with an official release date.

One thing we do know, this will be a bigger firmware update then some of the most recent, as Sony has not stuck with the .01 updates and gone direct to the next big number. We might have to wait until September for PlayStation firmware update 3.70, as this is when the headset is due to be released; at least this gives Sony time to make this a more fulfilling update. 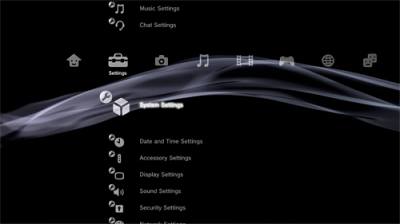 With E3 2011 just around the corner one would assume that Sony would mention this very subject, along with a number of new game titles that will compete with the Xbox 360. Oh, and just maybe the chance of a PS4 mention.

Could the next Sony PS3 firmware update be version 3.70, if so what are your expectations?