The teardown of the Motorola Atrix 4G was inevitable, as the device was released yesterday and it seems that Moto has done a great job – especially as it can also turn into a smartbook. The reason we say this is because iFixit has said that this is the most-repairable smartphone yet, and has given it a repairability score of 9 out of 10.

Motorola’s Atrix 4G is the fastest Android handset on the market, but you can be certain that it will not retain that title for long. The Tegra 2 CPU and 1GB of RAM is more than enough to keep you happy, but what do we really know about the hardware lurking inside? There is only ever one way to find out, and because we are not brave enough to take our devices apart we have to admire iFixit.

We have good news, the LCD is not glued in, this will become an advantage if you crack your glass, as you will not have to pay the cost of a new screen just to get the damaged glass replaced. The team at iFixit were surprised that there were no warnings such as VOID stickers if you take the Atrix 4G apart, although that would never stop them. 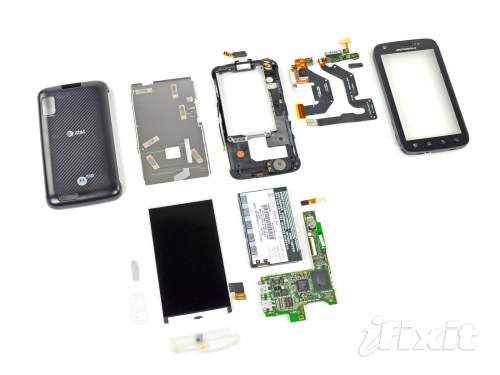 So we now know that the Motorola Atrix 4G is not only an easy phone to fix, but also the quickest in the Android range. However, the team behind the teardown has two reasons why it is not the best. 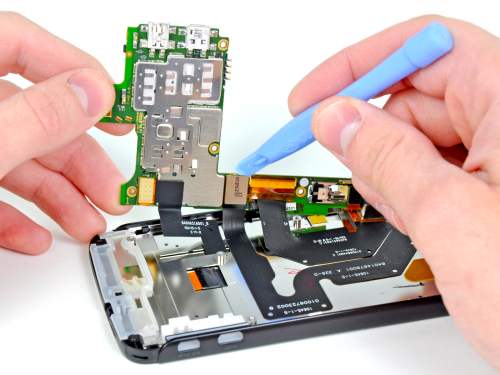 Following on from the speed of the handset, LeGit Reviews has done a benchmark performance test, and has pitted it against some of the other most popular phones running on Android. We have to wonder how fast it will compare to the rumored HTC Pyramid? We have also included a face-off video for you below, which sees the Atrix 4G go against the HTC Inspire 4G. 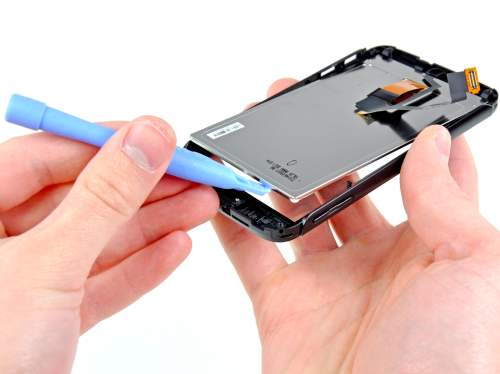 Do you believe that the Motorola Atrix 4G is the best Android smartphone yet?